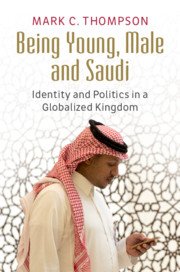 Dr. Mark C Thompson, a British academic and researcher, has written a book entitled ‘Being Young Male and Saudi: Identity and Politics in a Globalized Kingdom’, which has been published by Cambridge University Press, https://doi.org/10.1017/9781316882801. In times of transitional changes happening in Saudi Arabia that are impacting women mostly, such a title is intriguing. Are Saudi men becoming minority in Saudi Arabia?

The title of your book may give the impression that Saudi men are in minority. Is the empowerment of Saudi women a threat to men?

No, that it is what the book is about, and Saudi men are not a minority https://doi.org/10.1017/9781316882801. In the Post Vision 2030, everything is changing in Saudi society. The impact of the role of women is immense. Also, in the past the focus was on Saudi women and their role. The role of Saudi men has been disregarded in this discussion.

My book talks about men. It is important to talk to men not only about them. The huge socio-economic happening in Saudi gender role changes and are more about women, less about men. None is talking about how this is affecting men, although it is all about the same picture. It is an aspect that is important as the changes happening to women have an impact on their relationships with men, particularly.

As the dynamics of Saudi society are changing and shifting gender roles, what are the specific issues that concern Saudi men?

Their main concern is employment and jobs. After that, the cost of living, affordable housing, the cost of getting married. Yes, the changes are exciting, but they cause a lot of anxiety and apprehension for certain types of people. I began my research in 2017/2018, and a lot has changed since then. The research was done on 50 focus groups that included different backgrounds from all over Saudi Arabia.

After publishing the book, a lot in Saudi society has developed and changed. I am planning a follow up to this book that will come out in 2023. In the meantime, I have published lots of other new papers on this and related topics.

In my research, I got different reactions from men: Some are relaxed, others are tough, depending on whom (social background and region) I am talking to, and where. Among young Saudi men there is a confusion about their identities. One identifier is the online one – with friends, and the other one that they have is with is their family. This reflects example the conflict between traditional norms and globalised settings in the big cities.

What has changed in men’s perception of the dynamic towards women?

Relationships/attitudes between men to Saudi women are not becoming less important. There is a change in focus. Example: Instead of talking to women about the changes, how men see these changes how men perceive them. This requires identifying the gaps in the inter relationships that have been overlooked in time. Saudi society is also made up of 50% men. The dynamics between genders has changed, creating a sort of confusion for the role of men. As the discrepancy between their traditional role and reality is creating, reactions lead Saudi men with dual personalities.

A lot of men feel women are being favoured, especially in jobs. Whether or not this is true, that is the perception, which is dangerous because a perception can become the truth.

We don’t think how men see the changes. We never understood the role and responsibility of middle-class men in society before the changes. For example, hardly any women felt the worries and concerns men had towards their female family members. Did anyone think of the burden on Saudi men doing the driving for female family members in families that could not afford drivers and had no other means of transportation? There are many examples and stories that I got to learn during my teaching time at KFUPM. I discussed lot of these subjects that used to come with my students.

Saudi Arabia is going through a change phase in favour of socio-economic development. Do you see this affecting Saudi Arabia image?

Stereotyping towards Saudi Arabia and Saudis is a problem and has always been. Because the West has what I call the London narrative, or the Washington narrative. My experience is that, because of media laziness, people are in an echo chamber, they don’t want to hear anything new, they don’t want to change this. It is easier to go on with the old picture. My emphasis here is on the perception in the media and by academics. There are also Saudis in exile that are giving a picture of Saudi Arabia that serves their interests in the West.

Saudi Arabia today is different, more cultured, more cultural opportunities are available, like theatre and cinema. All are chances for Saudis to express themselves through art and lead to changes in stereotypes and perceptions. The younger generation in Saudi Arabia is different, more able to use this chance by expressing themselves, channel their thoughts by reflecting on issues that have progressive influences on society.

Saudi Arabia is a special case, it is not one society but many communities. The dynamics in Riyadh are different than in Jizan. In discussion or analysis, it is necessary to be aware of specific content and contexts.

This is a phase of transition. How is Saudi Arabia managing the imbalance of such a period?

Compare Saudi to the other GCC countries: No comparison is possible because of geographic factors. Saudis need to find their identity factors: nationality, the Muslim religion. Consequently, you get used to these huge differences which creates a different focus.

All the top to down government changes are good. But changes can’t change the mindset, the mentality immediately. Changing takes time. This can’t be forced; they are deep socio-economic changes affecting everyone.

More and more groups are evolving, they highlight communality, they make generations evolve. The pace of change is exploding quickly while in the past it happened very slowly. It is very important to me: When young Saudis talk to their grandfathers and exchange stories from past and present that is an important proof for the quick changes that are happening over a short period of time.

But not all these different communities come together, they have different socio-economic bases. Whether they agree that they are compatible or not. These factors divide groups from rural and urban areas. This is important because certain a type of Saudis – the well-educated -are the ones you see in meetings, international conferences. Usually, they are the first address for answers on Saudi Arabia by the West (media, researchers, etc). They take the views of these people and apply them on the rest of Saudi Arabia as standard answers. That is not correct because they are neglecting other classes in Saudi Arabia and are creating another type of stereotypes. The danger is here that these stereotypes hide a lot of truth. Did you know that Jizan (a closed and traditional society) has the highest number of women drivers in Saudi Arabia?

Saudi society needs to absorb all this, grow into it and come to term with its women drivers. This is a transition period; no definite answer to anything, no neat answers to anything. Transition periods are messy, uncertain, changes what work today won’t work tomorrow. Design changes. We can identify trends, streams today.

In 10 years from now we can draw different answers to the happenings and look back to today. 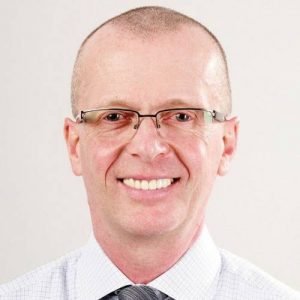 Mark C. Thompson started his career working on cruise ships. Travelling around the world, he lived in many countries, among them the UK, France, Italy, South Korea, and Yemen, and he has been living in many cities around Saudi Arabia for 20 years, teaching at universities and now as Senior Research Fellow and Head of the Socioeconomics Program at King Faisal Center for Research and Islamic Studies in Riyadh.