Saudis Must Look for a New Moral Compass 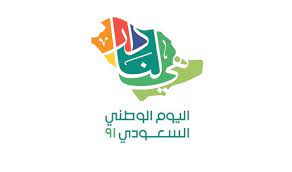 Saudi Arabia has had an enormous facelift in the past 6 years. The effects of modernization are fundamental and have benefited the economy and society a great deal in its process of development. Will the opportunities be used wisely by a society that has experienced suppression and longs for freedom?

Saudi Arabia celebrated its 91st National Day on 23rd September 2021. Coming out of the pandemic, most travel restrictions lifted, oil prices on the rise, unemployment figures falling, and news of a tax reduction cheer up Saudis after the previous 18 months of depression caused by COVID, which hit Saudis especially hard just when they had their first taste of freedom after decades of forced conservatism.

The last 6 years have been a journey of hope for Saudis. In my view, the milestones are that women were allowed to drive from 2017 onwards, the opening of cinemas and public entertainment, and the beginning of tourism to the Kingdom. This has transformed Saudi Arabian society to a level of normality. Women are no longer stigmatized as the only ones in the world who were not allowed to drive. When people abroad asked me where I came from, I always answered “from the country where women are not allowed to drive”, and they invariably knew.

I mentioned those developments as signs of growing up because I had not anticipated that they would happen. True, I always hoped. When they became true, I was still taken by surprise despite the many hints that Saudi officials had given.

Development and changes in Saudi Arabia are not limited to social affairs. A lot of progress in various fields has been continuously made over the years. Perhaps the economy is the most important: the city of Neom in the north of Saudi Arabia, the number of females working in the private and public sectors, the speed of high-standard digital development demonstrated through online schooling during the pandemic, new regulations for investors opening up the economy. Politically, the Saudi government has distanced itself from the religious extremism and intolerance that used to be associated with the country in the past, while improving women’s rights and education.

The wish list of Saudis was long and much of it has already become a reality. Many people are enjoying the new opportunities available to them, whether it is work or leisure. Life in Saudi no longer feels as gloomy as before.

However, my favorite change is in women’s right to decide for themselves, to live by themselves, not needing any permission to travel, and the many opportunities they have today, for example being able to choose the same university courses as men. I was overjoyed to see that the prestigious King Fahd University for Petroleum & Minerals received its first female students.

The other day I was scrolling through Twitter when I suddenly realized that most comments that were written by Saudis on anything – politics, economy, sports, etc – showed that Saudis are riding a wave of national pride and freedom. Obviously, to Saudi women, it means “my car, my passport, my money, I don’t need permission, I can do it”.

In the past, rules based on religion and traditions have guided people. Actions and choices were based on the rules of haram (forbidden) and halal (permitted). These rules were set by people who assumed the authority to guide others. In turn, those who accepted this authority strove to be seen as the most obedient, which they saw as an expression of their self-worth, rather than an ability to make choices based on one’s own reasoning.

It was only a natural reaction to the elimination of the religious police and diminished power of the religious authorities, that people shifted to nationalism as the moral compass to fill the vacuum that had been created.

Professionally, Saudis, especially women, are excelling. Young people are active as entrepreneurs, ready to move and to acquire knowledge. Saudization used to be seen as a headache by employers, who assumed that Saudis were incompetent, unwilling to work, irresponsible, and arrogant. Today, almost every position can be filled successfully by Saudis.

What I don’t see changing is the human responsibility – their compass. Looking at Saudis today, I still miss seeing them take ownership of their actions, for being themselves in their dealing with their husbands, wives, children, employees.

But what determines these interactions? The void left by the diminishing of religious and traditional authority needs to be filled. Misunderstanding freedom and all the new tools provided is not the same as making the choice. It is about using the freedom for our own personal benefit, learning to deal with each other based on our beliefs and personal convictions. Saudis should use this chance to accept their individuality without exceeding limits and with consideration for others.