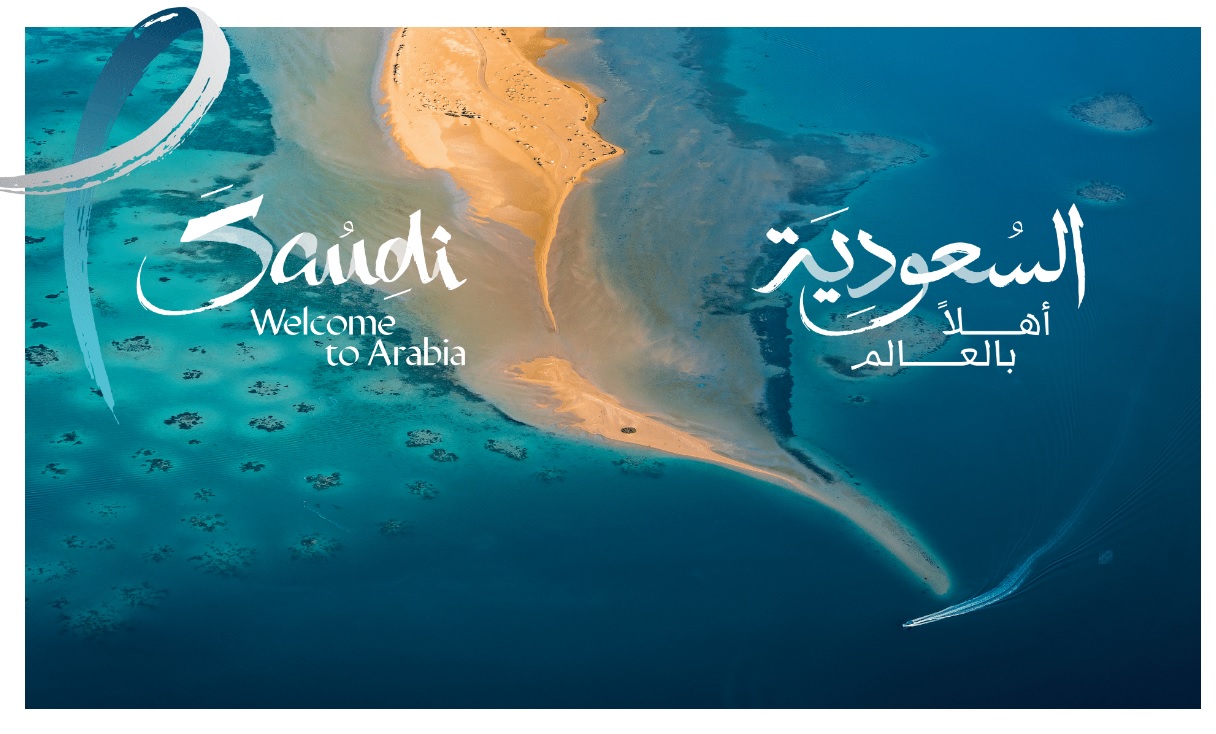 Once considered one of the most difficult countries to visit, boosting tourism in Saudi Arabia is in full flight. By launching new cultural festivals, sporting events like the Dakar Rallye, easing visa restrictions, opening new tourist sites Saudi Arabia is clearly getting ready to welcome tourists. And what about Saudis – do they believe in their country as a travel destination? Will tourism add to Saudi GDP?

Since the announcement in September 2019 that electronic visas will become available, there have been many discussions nationally and internationally on the future of tourism in Saudi Arabia. I recently read an article by a CNN reporter on the subject. A frequent traveler to the Kingdom described the many touristic attractions the country offers and the relaxing of rules. When he interviewed Saudi women and men about their views of today’s Saudi Arabia and the welcoming tourists, all responded positively and with pride in the Saudi Arabia of today; modern in alignment with its tradition and developing in the right direction for Saudi Arabia’s well-being.

That would not have been the response of my generation three decades ago. Getting a visa other than for work or pilgrimages was practically impossible. Even religious tourism was very restricted, with limited facilities. Until 2019, Saudi Arabia had only religious tourism. All this has changed and continues to change.

What is the goal?

The goal is easily understood with reference to Vision 2030: Develop a strategy to position Saudi Arabia among the world’s top international tourist destinations. This has spurned the reforms through which the government aims to capitalize on the rising trend of inbound non-religious travelers. Vision 2030’s statistics expect tourism to contribute more than 10% of the country’s GDP by 2030 – up from the current 3% at present – and to provide one million jobs.

For a very long time, economists and analysts have been urging the government to capitalize on the variety of touristic attractions available in Saudi Arabia, such as the stunning Asir Mountains, the ancient city of Mada’in Saleh, the wonderful marine facilities of the Red Sea and the Arabian Gulf. However, this was opposed by the religious establishment, who feared negative social side effects from an influx of short-term visitors.

Tourism in Saudi Arabia: What are the Opportunities?

Barring in mind how underdeveloped the sector is due to a lack of international and domestic interest, there is a raft of opportunities in hospitality, retail, travel, and infrastructure. A big number of businesses looking to gain a foothold in this new frontier in the global tourism market. A recent quote on Twitter by a Saudi blogger sums it all up: “The social and economic importance of the sector was until recently understated: It drives growth and diversification, attracts international investment, creates job opportunities and enhances the quality of life for millions of Saudis.” 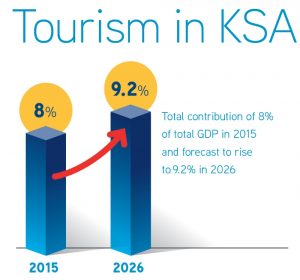 Apart from attempts by some regions, like Abha and Asir with their natural attractions, there have been few serious efforts to promote Saudi Arabia as a travel destination. It was mostly expats living in Saudi Arabia who had the curiosity and interest to tour the country in order to explore its beauty. Saudis were not encouraged to know their country touristically. In geography classes at school, we were taught the diverse nature Saudi landscape, but with no visual experience. We never got to visit other cities, except for the religious sites.

Tourism development in Saudi Arabia is taking baby steps. At present, the main task is attracting investment in an untouched pool of opportunities.

Saudi Arabia is injecting $4bn into the country’s tourism sector through the newly established Tourism Development Fund. This fund will provide a range of equity and debt investment vehicles that tourism businesses can gain access to and has signed agreements with many of the country’s lenders to fund projects and incentivize investment in the sector.

The current target is an increase in foreign direct investment in tourism from 3.8% to the global average level of 5.7%. The investment is earmarked for expanding and diversifying offers in international events, luxury destinations, heritage sites, and eco-tourism. In addition, government agencies have announced major agreements with travel agencies, real estate, and retail companies, as well as major hotel groups.

The most important and immediate task is streamlining the visa process. The government also wants to relax social rules to attract the broadest cross-section of international tourists. Recent reforms, which included also lifting restrictions like single women requiring a male guardian (mihrab) and that female tourists don’t have to wear the Abaya (veil), include allowing foreign non-married couples to book hotel rooms and relaxing clothing requirements for women visiting the kingdom from overseas. Minister of Tourism Ahmed Al-Khatib states that his team “will play a critical role in developing outstanding tourism experiences and unlocking the full potential of Saudi Arabia as a destination”.

Vision 2030 aims at increasing Umrah visitors to 30 million by 2030 (Umrah is the small pilgrimage to Makkah, which can be performed throughout the year). This would mean doubling the number of religious visas and therefore the demand. Umrah pilgrims will receive extended tourist visas, allowing them to tag on a few extra days to explore more of the country beyond the holy cities of Mecca and Medina. Moreover, pilgrimage visas will now be convertible into non-religious foreign tourists’ visas to encourage people to take a vacation in the Kingdom.

On the other hand, the current relaxation of rules and massive investments in entertainment are better aligned with the domestic market, which can make businesses thrive if given adequate scope. The extension of the Saudi Seasons – a series of festivals across the kingdom and an initiative of the Tourism Commission – to next year is a useful indicator of the receptiveness of the Saudi public, with 15 million visits being recorded for the July 2019 Jeddah season. Such opportunities not only lie in entertainment-related ventures like cinemas but also in family-friendly and lower-budget accommodations considering that domestic tourists spend three times less per day than foreigners and travel with extended family members for longer time periods.

In addition to the key changes outlined above, the government has identified several projects which can transform Saudi Arabia into a global tourism hub. International real estate executives have been hired, and elaborate advertising campaigns started to put the Kingdom on the map. Already, there are signs that the push is paying off: Saudi hotel room sales in the first nine months of 2019 increased 11.8 percent from the same period the previous year. What impressed me most is the level of professionalism in this new sector in services and interests. Until 2018 there was 600 tours guide (all Saudis) and 900 in 2020. The government plans to increase to 13,00 by 2030. I never thought that there is a huge interest in such a job among Saudis nor the professional knowledge to do that at there is no education for tourism guides so far. Such a step will increase the social acceptance of types of jobs that have been maybe unacceptable in the past.

The Saudis want to put four dozen luxury hotels around the country, including 14 in the first phase, forecasting that these facilities will eventually contribute around $6 billion a year to the economy. 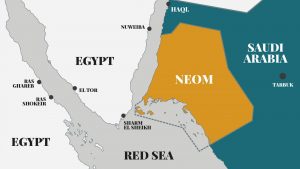 Project 2025: Neom, planned as a 16-borough city on the Red Sea coast in the northwestern Saudi Region of Tabuk, is 33 times the size of New York City that will be build from scratch. It will incorporate smart city technologies and function as a tourist destination as well. Neom is a portmanteau of the Greek word neos, meaning “new” and means ”mustaqbal” in Arabic, the word for “future.” (Source: KAUST-CNR)