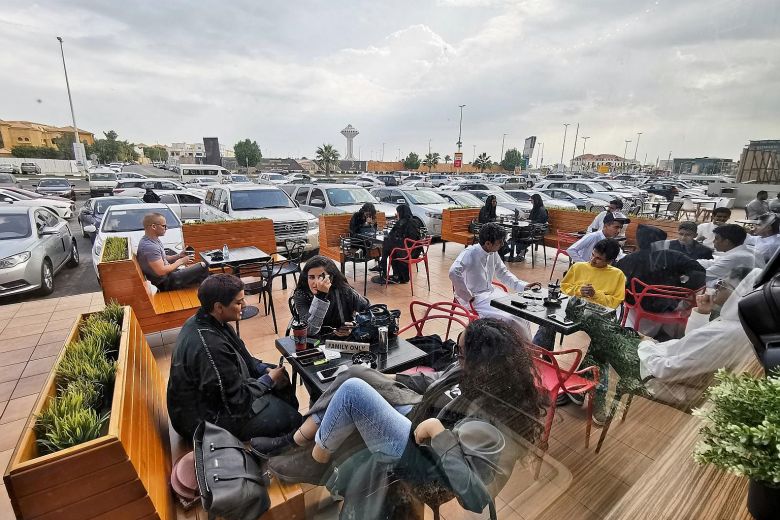 This month, the Saudi government has canceled the rule for the segregation of single men and women in restaurants. For many years it was claimed that the rule was in place to protect women, which recently sparked a fierce discussion on social media – like many such recent rule changes. http://www.dailyjournal.net/2019/12/08/ml-saudi-sex-segregation/

Like all other announcements, the rule of separating families from single men (or the other way round, depending who you want to see as the predator and who the victim) resulted in the creation of a hashtag in Arabic, this one reading #seperationomenandwomen.

The majority of tweets were in favor revoking the rule, which has long been a joke among Saudis and foreigners when going out to a restaurant. Our male visitors used to joke happily that, when they go out with women, they can finally go to the family section.

Until now, the rule was that in restaurants, families and unaccompanied females sat in a separate space from single men – to protect the privacy of the families. Of course, this did not completely prevent flirting. The justification for the rule was that it was Islamic, but that was not correct. The Prophet said that a man and a woman should avoid being alone in a room together for the attraction that might spark. Again it was a controversial discussion point involving Islamic norms. Strangely, Islamic preachers didn’t mind nor gave answers at the time of the ban on women driving, whether or not that practice was haram (forbidden).

Back to Twitter, beside Saudis, who were mostly in favor, a lot of expats said that they never felt uncomfortable with the segregation and liked the privacy. One Saudi woman said that finally we can breathe and move around freely. The many tweets included also a few opposing abolishing the rule. Where are we heading to, asked one male tweeter.

From my perspective observing Saudi society, it is opening rapidly compared with the speed of reforms in the past. Opening up means allowing new to enter and maybe old to leave the place. It is a step that challenges old habits and requires a new perspective on life. A positive change in rules supports the cause, in this case, an open lifestyle. And it is in the hands of those who live it how the practice it in a beneficial way that opening brings with.

But aren’t reforms becoming reality now and should not require this much hype?