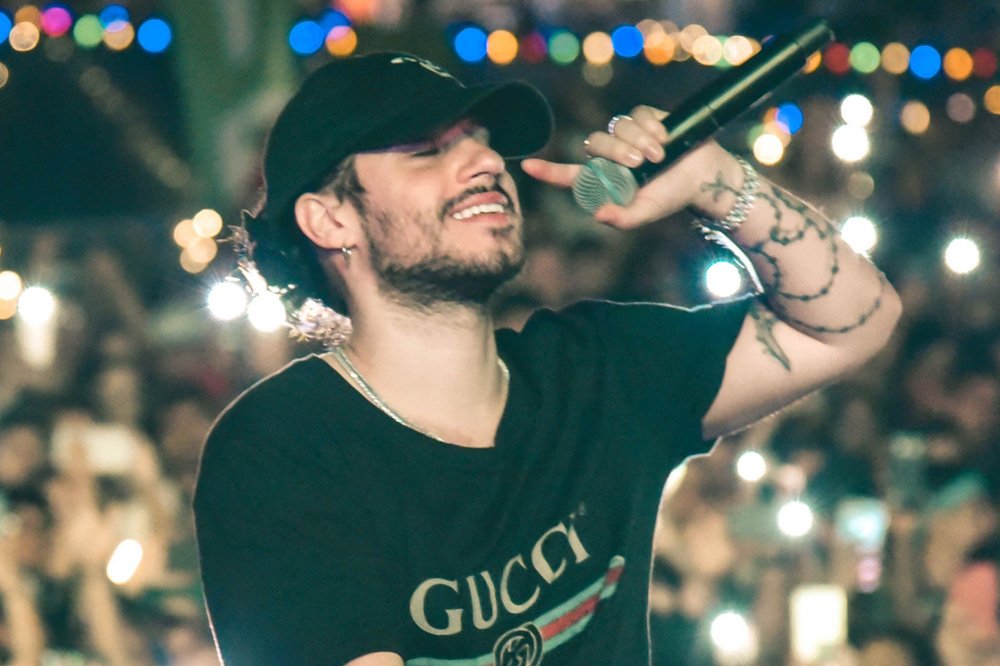 Last month, US rapper Russ performed in Riyadh alongside hip-hop group Migos, making it his second concert in Saudi Arabia. His shows are part of the evolving entertainment strategy which the Saudi government is implementing as part of Vision 2030.

People in Saudi Arabia are delighted by these positive developments and are slowly getting used to the wide range of entertainment that is on offer throughout the country.

So, Russ’ Riyadh concert was not news in that sense. In July 2018, he had performed at King Abdullah Economic City in Rabigh, 80 km north of Jeddah, after having canceled a concert scheduled for March the same year. In 2016 his song ‘‘Straight from Saudi’’ gained him big popularity in Saudi Arabia especially, and the region generally, and after he tweeted “Inshallah” (God willing in Arabic) many followers wondered whether he has a Saudi wife.

However, the Riyadh concert differed, because in the course of the show a Saudi woman threw her bra to Russ on stage, which he displayed happily, causing a massive outrage on Twitter.

A video of the scene with a hashtag in Arabic and English @Salfhtag (meaning what’s the matter) was available soon after it happened on social media, showing the bra being thrown on stage and Russ picking it up and then displaying it to the crowd.

The rapper’s comment at the end of the show was that “if fans throwing personal items, like their bras, it shows that must be having a good time”.

This prompted immediate reactions. It came as such a shock that some people refused to believe that it was real, claiming that it was a publicity stunt engineered by the rapper because such behavior is far removed from Saudi women’s attitude. There were calls that the authorities should investigate the matter, find the woman and arrest her to prevent similar incidents in the future.

‘‘I’m shocked, I don’t know what I say about this … it’s shame on us !#سنتيانه_موسم_الرياض

Social life in Saudi Arabia is developing at a rapid pace. It is a relief and brightness in people’s lives after the many years of living in strict rules and under restrictions of public entertainment. People are growing into a new sphere making up for the thirst of past decades, experiencing their excitement caused by the entertainment. Finally, it is real life.

In Saudi Arabia, the pendulum of life has gone from one (religious) extreme to another extreme (freedom). Time will tell be whether Saudis can find a center where religion, tradition and a progressive lifestyle are balanced after the initial euphoria of having found freedom has faded, or whether society will remain living in extremes.