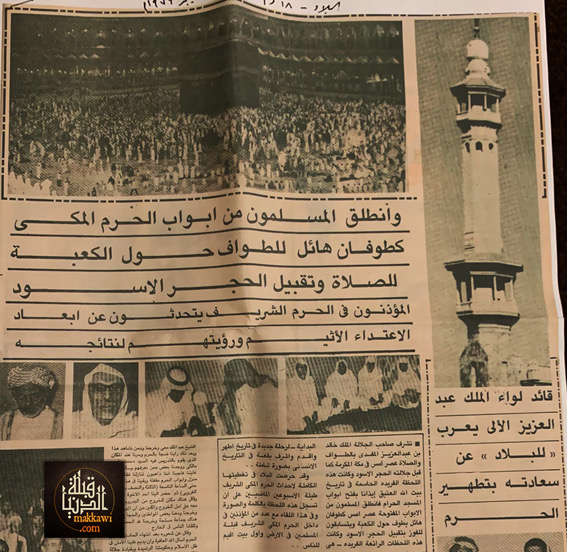 Where it all came from

In the siege of Makkah in 1979, many of Juhayman’s followers were theology students at the Islamic University of Medinah. There, Juhayman had joined a fundamentalist Salafi group that was headed by the renowned Sheikh bin Baz. The group’s followers preached for a return to Islam in its original form in mosques in Saudi Arabia fearing no arrests; the government was reluctant to confront religious extremists underestimating the danger of this group. When Juhayman, al-Qahtani and other group members were locked up as troublemakers in 1978 for the first time, the religious authorities investigated them for heresy, but decided that they were traditionalists and should be released and no serious allegations to keep them jailed.

Although the occupation of the Grand Mosque had shown the ugliest side of militant fanaticism, its long-term effect was a strengthening of religious conservatism in Saudi Arabia. In the 1970s, Saudi Arabia had been relatively liberal, compared to developments in subsequent decades. For example, while social norms dictated that women should dress modestly, it was left to their choice whether or not to wear the traditional abaya and hijab, and most foreign women did not wear them. From the early 1980s onwards, the abaya and hijab became compulsory, for Saudi and foreign women alike. 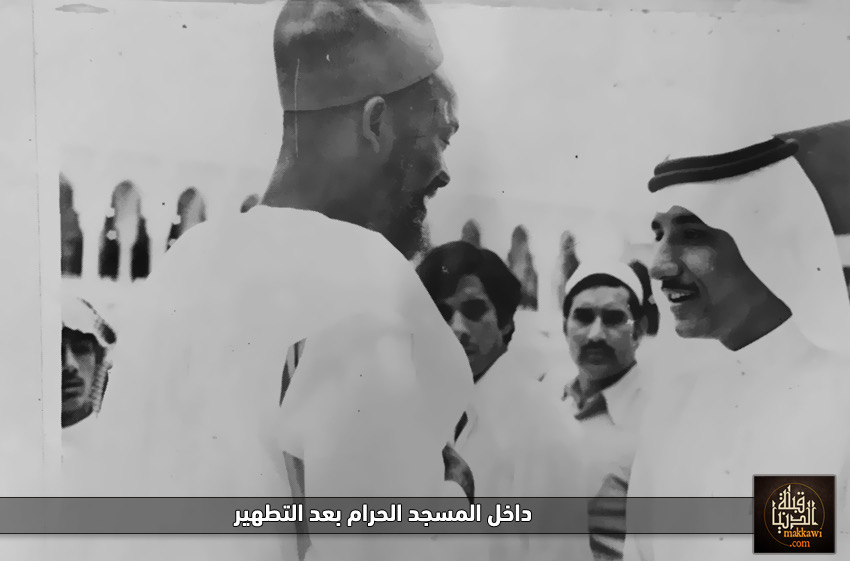 In the mosque after the release: An unnamed Saudi official greets a Sudanese hostage.

While Riyadh and other towns in central Saudi had always been conservative, the coastal towns of Jeddah and Dammam were more liberal. For example, and men and women were allowed to share swimming pools at the hotels in the seaside towns. After 1979, use of swimming pools first was segregated by sex, and from the late 1980s onwards women were completely prohibited from using swimming pools at hotels. Following the 1979 siege, the religious police was strengthened and adopted a more aggressive stance towards the population.

The Aftermath of Siege and Influence

The occupation of the Grand Mosque and its effects must be seen against the backdrop of the Iranian revolution, which culminated with Iran being proclaimed an Islamic republic on 1 April 1979.

Until the Makkah siege, life in Saudi Arabia was relatively relaxed. The government chose to see the Wahabi actions as low key. In reality they were long term planners, who wanted to make Saudi Arabia a fundamentalist state. There was a general trend towards religious conservatism, with Saudi Arabia and Iran competing with each other who was more conservative, whose religious police was the toughest. A clear enemy that wanted to govern the Islamic world emerged with Iran as a follower of Shi’a doctrine, in contrast to the Saudis being followers of Sunni Islam. With the Russian invasion of Afghanistan in late 1979, the beginning of the Iran-Iraq war in 1980, and the killing of Egyptian president Anwar Sadat by fundamentalists in 1981, Saudi extremism had found fertile soil on which it could grow.

Saudi newspapers hailing the release of hostages a day after the siege ended.

Gradually, extremists infiltrated the thinking in Saudi Arabia. They used legal and traditional platforms to spread their thoughts. They spread their thoughts through teachers in school preachers in mosques, family events such as funerals, and even officials in government agencies spread the idea of extremism in every way possible. The Saudi government at first did not object, millions of dollars were given by Saudis who believed in charity as part of religion, without understanding the destination and use of their money. Also, as much as jihad for Afghanistan was praised at the beginning of the war, four years later it was forbidden to Saudis to join. In schools and universities, teachers for Islamic studies were extremist followers of the Muslim Brotherhood, who continued slowly but steadily to influence students’ thinking by radical Islam. After the war in Afghanistan ended, many of those extremists found themselves homeless. They gathered for their new mission. Al Qaeda was created, in a straight line from the occupation of the Grand Mosque in 1979.

The Makkah Siege is not an incident that is well-known internationally, because at that time many other incidents struck the world. In Saudi Arabia, the occupation of the Grand Mosque is hardly talked about because it is a dark memory, an attack on the holiest place in the hearts of Saudis. It is also the incident that turned the Saudi social lifestyle into a conservative lifestyle with many complications and contradictions between power and truth. As a result, today young Saudis want to be identified with their identity not religion.

This a video showing the Makkah Siege made for the generations of Saudis to educate them about this sad attack.
https://www.mobtada.com/details/408851