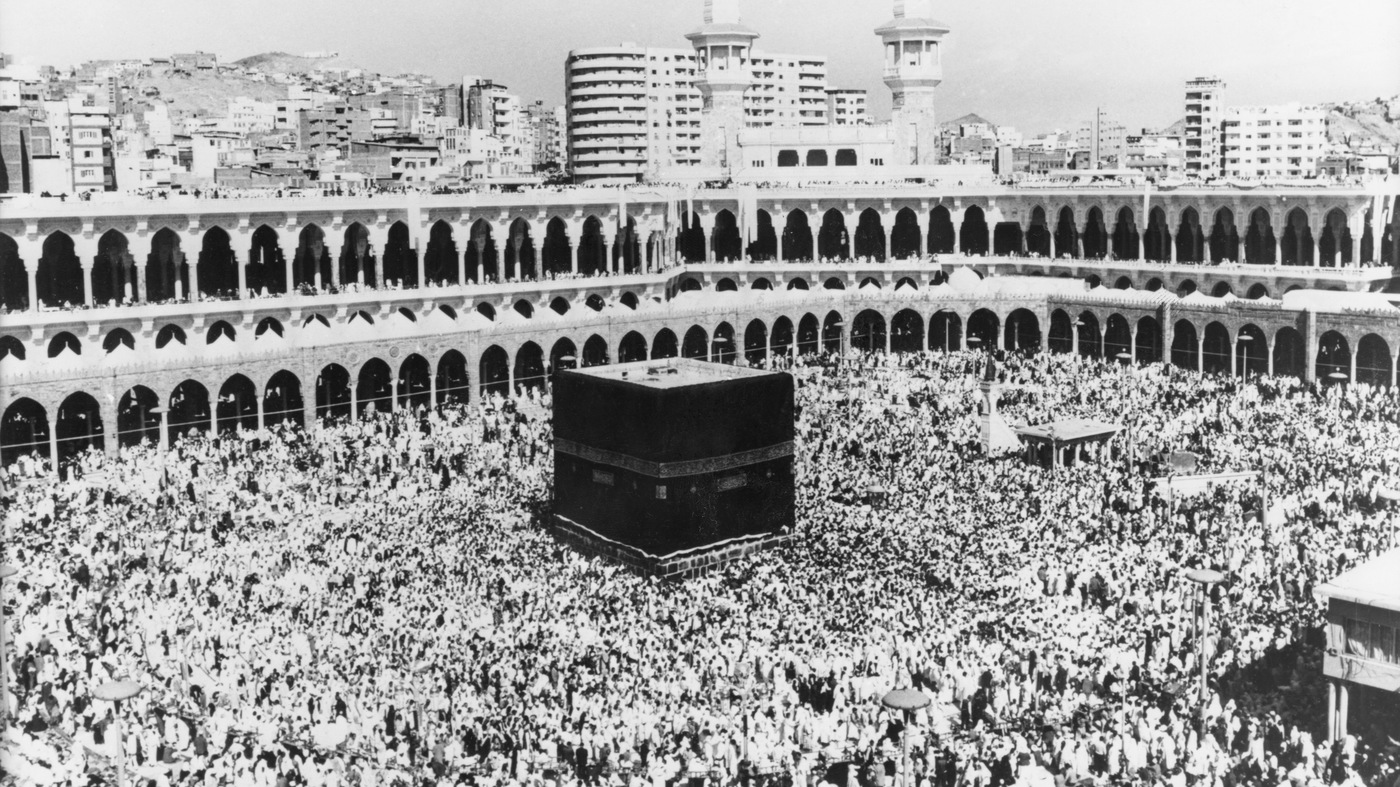 On 20 November 1979, about 300 heavily armed men assaulted the Grand Mosque of Makkah, the Masjid Al Haram. Within minutes, they had transformed the holiest place in Islam into a fortress and taken thousands of worshippers hostage. The siege shocked Saudi Arabia to its core throwing it into decades of extremism. It is less known and understood than it should be because it had a deep influence on the thinking of religious extremists for years to come. 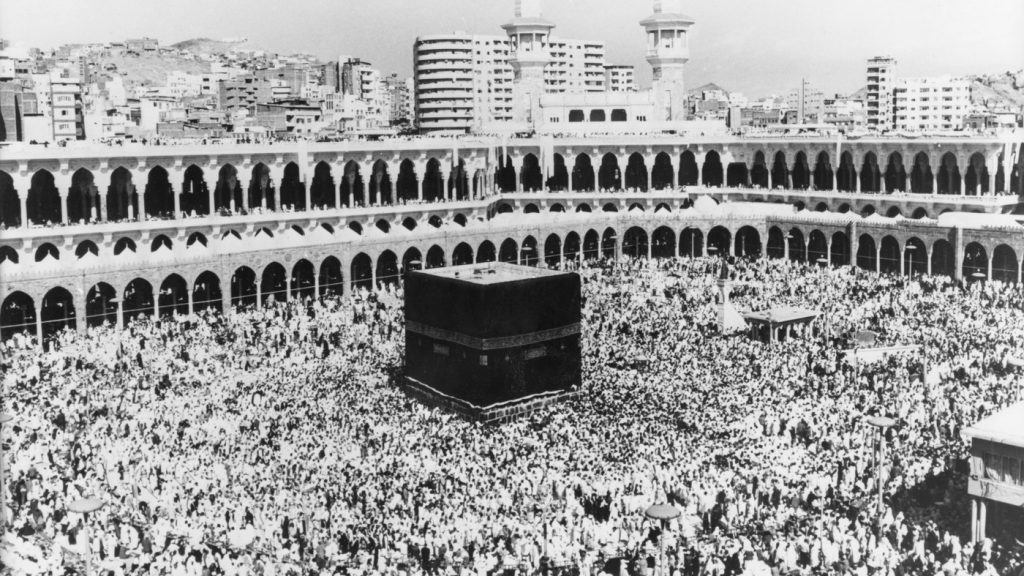 The Siege of Mosque

In the early hours of 20th November 1979, tens of thousands of people gathered for the dawn prayer in the Grand Mosque without knowing that they would become hostages soon after the beginning of the prayer. While people started following the Imam for prayer, a group of about 300 armed terrorists from Saudi Arabia, Egypt, and other Islamic countries, as well as a few converts from the USA and Canada, stormed the mosque. They quickly overpowered the guards and shut the heavy entrance gates of the mosque.

A man took over the microphone through which the Imam spoke to the audience starting giving a speech about the appearance of the Mahdi and the downfall of Al Saud, the Saudi royal family. This was Juhayman Al-Ataibi.

Juhayman, who led the seizure, came from a prominent family of Najd, the central province of Saudi Arabia. His grandfather had fought alongside King Abdulaziz Al Saud in the early decades of the 20th century, as had other members of his family at the time of the unification of Saudi Arabia. Juhayman first served in the Saudi National Guard. He then studied under Sheikh Abdulaziz Bin Baz, who later was appointed the Grand Mufti of Saudi Arabia, and became a preacher. Bin Baz was known for his extremist views and responsible for the strict lifestyle in Saudi Arabia until his death in 1999.

What did they want? Who were they?

While Juhayman gave his speech, his army was shutting the mosque’s seven gates. After completing the occupation of the Grand Mosque, Juhayman declared his brother-in-law, Mohammed al-Qahtani, to be the Mahdi, who has been prophesized to arrive on Earth several years before Judgment Day. He announced that the siege was for and about a return to the original ways of Islam, including a repudiation of the West and Western ways, the abolition of television, and the expulsion of non-Muslims from Saudi Arabia.

Juhayman and Qahtani had met while imprisoned together for sedition. Juhayman claimed to have had a vision sent by God telling him that Qahtani was the Mahdi. Indeed, their declared goal was to institute a theocracy in preparation for the imminent apocalypse.

The attackers were well-armed. They had smuggled weapons, ammunition, food and water into the mosque in coffins under the pretense of having deceased persons blessed, because it is customary in Islam to pray for the dead in a mosque before their burial. Other weapons were smuggled in trucks driven into the mosque perimeter under the pretense that they were used by construction workers who were working around the mosque. Once inside the mosque, these weapons, food, and water were hidden in underground rooms that people used for prayer and meditation. These preparations had taken place over several weeks.

The terrorists used the moment when the worshippers were focussed on their prayers to position themselves in the mosque. Once the shooting started, most worshippers fled from the mosque. The few who were left behind were kept hostage for two days and then released by the terrorists because they did not have food and water for them. The terrorists then dug in throughout the mosque.

The Rescue: a difficult task

The Saudi government was in a difficult situation. Police guards were reluctant to raise their arms against the terrorists. It is haram, forbidden in Islam, to use weapons of any kind in a mosque, let alone hide or shoot guns. Juhayman’s followers had barricaded all entrances and taken up sniper positions on the minarets. Guards were unable to take action unless there was a Fatwa from a religious scholar. It took a while for the Saudi government to secure that.

Meanwhile, during the attack, a few policemen were injured and carried out of the mosque. The people of Makkah were providing food and medical care to those who were allowed to leave the mosque.

An initial attempt to storm the mosque by about 100 security officers failed, with heavy casualties. Thereafter, the mosque was besieged by members of the Saudi army and National Guard, who were later joined by Pakistani and French security forces. 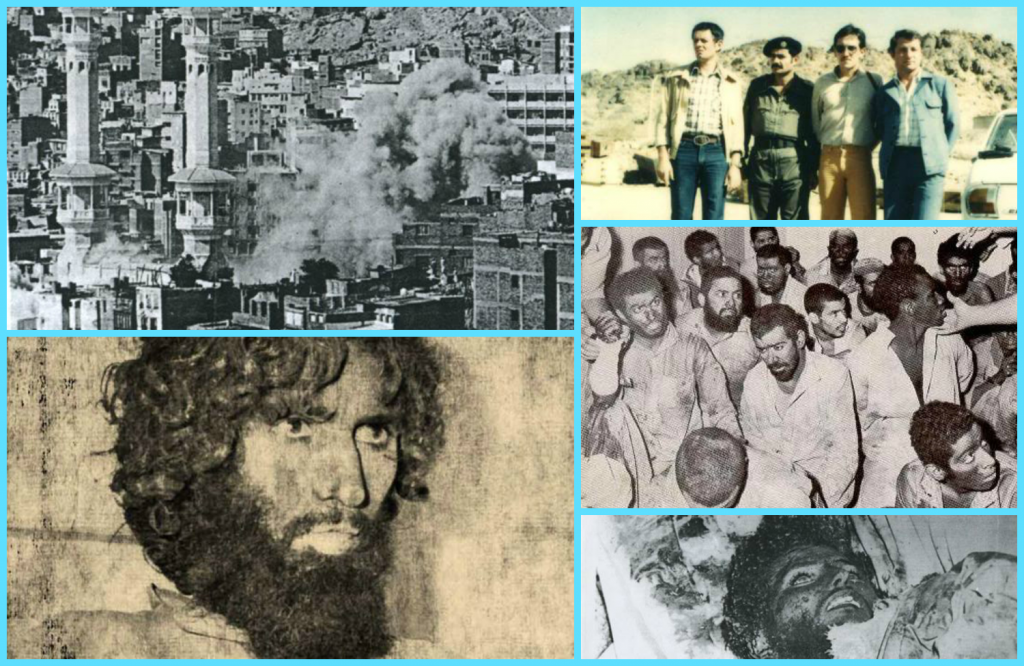 The first picture on the left shows Juhayman Al-Ataibi. In the pictures clockwise is the Masjid AlHaram during the seize and other terrorists after their capture with an unnamed policeman.

The siege lasted until 5th December 1979, when the security forces managed to storm the mosque. Most of Juhayman’s followers had retreated to the underground chambers and were flushed out by gas that was pumped below the mosque’s floor, and explosives. More than 200 worshippers, militants, and soldiers died in the course of the siege. Of the surviving followers of Juhayman, 63 were executed by beheading in several Saudi Arabian cities.