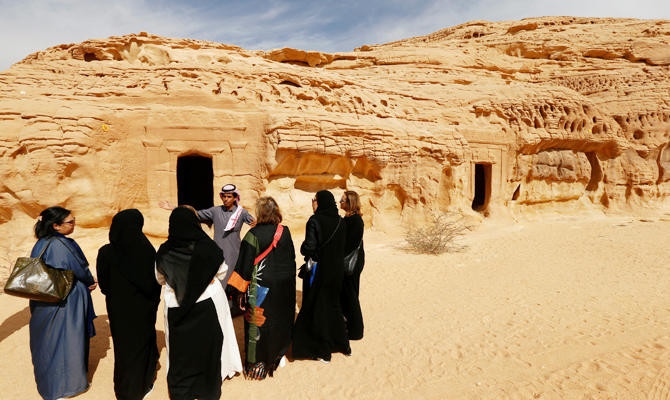 Visa of Tourist in Saudi Arabia

Tourists will soon be able to visit Saudi Arabia on a tourist visa, although no clear starting date has been announced. The English language daily Arab News and the semi-official Okaz reported that citizens of 50 countries, among them the Schengen countries and the USA, will be granted visa upon their arrival. Where to, is not clear either.

Okaz reported that the government is planning a showcase exhibition of Saudi tourist attractions at the end of September, but this has not been officially confirmed. The aim is to introduce attractive touristic sites in Saudi Arabia to an international audience.

Those who tried already will know the difficulty of obtaining a visa for Saudi Arabia. In recent years, the government outsourced the task to independent agencies for visa, but it still remains a mystery to understand what the exact requirements are, or why a visa request has been refused. The easiest way would be having a powerful contact in Saudi Arabia to send an invitation.

In 2016, the religious tourism sector and its indirect effects accounted for 10.2% of Saudi GDP. It is understandable that it has long been a big question among the business community why the government didn’t give this sector more attention – millions of religious tourists that visit Makkah and Madinah each year – among them 2.1 million during the Haj period – to create an increasingly profitable income.

One speculation was that many Saudis would not want to be seeing their country overrun by tourists, such as neighboring Dubai. In Saudi Arabia, most touristic sites are outside cities, such as Mada’in Saleh, an archaeological site north of Al Ula, 400 km north-west of Medina, which is a Nabataean twin city of Petra in Jordan. There also is the spectacular Farasan Reef in the Red Sea, 50 km from Jizan. With the right regulations, the government could facilitate a healthy environment for tourists and locals.

Also, new destinations are being developed, such as Qiddiya, an entertainment city where construction work began early 2019, which is located outside Riyadh.

The new approached is based on Vision 2030, the blueprint that aims to shift the Saudi economy away from oil dependency.