The Truth Behind Saudi Arrests 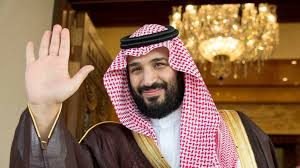 Saudi Arrests: Monday marked the first month since the Saudi arrests of princes. Along with many corrupt politicians and businessmen in Saudi Arabia.

These Saudi arrests shook the whole world. At first, Saudi citizens did not know how to comprehend and react to these happenings. The Saudi arrests raised piles of questions concerning Crown Prince Muhammed bin Salman’s behavior since becoming deputy crown prince in 2015. When he first appeared on the political scene, the political and socio-economic lifestyle in the country was ambiguous. On one hand was authoritarianism, on the other, an unusual transparency. The aim of the Saudi arrests was to collect unlawfully gained money. The accused had made these deals through their positions of influence in government and business sectors.

These people are major players. Most of them are well known and considered untouchable. Few of them have been released so far, and the ones that have are not well known.

Another WOW moment came when the crown prince MBS spoke openly about the backwardness of Saudi society. Caused by the effect of religious power. Most of which can be traced back to the siege of Makkah by hard-line fundamentalists in 1979. MBS promised to bring Saudi Arabia back to the point where it’s aligned with its Gulf neighbors in this context.

Bringing back the lost years

I spent my teenage years in Jeddah. I could emphasize with a tweet asking MBS if he could give us, the 80s generation, back our years lost in darkness.

Of course, one of the most important developments comes in the form of Saudi women driving. For my generation, this thought was so unreal that, when the announcement came, it really felt like a dream. Followed by arrests of well know corrupt Royal family members and business tycoons, things look positive.

Why now? How will Saudi Arabia progress? MBS is described as our Robin Hood. He takes from the rich and gives to the poor. In social media, he is seen meeting ordinary Saudis, for example on his latest trip to the Tabuk region. He seems real enough.

Part of MBS’s and the government’s efforts have been to shift the dependency of economy from government to the private sector. Many state businesses have been privatized in the past, such as telecoms and electricity. The biggest prize of all will be the proposed IPO of 5% of Saudi Aramco. This would instantly become the world’s biggest company by a wide margin.

How will all the changes be implemented? Looking back at history, the Shah of Iran’s attempts to modernize his country resulted in an Islamic revolution. In Turkey, Ataturk’s attempts to modernize succeeded but resulted in many years of military rule. When democracy finally came, it resulted in an Islamist government. And look what happened in Egypt and Syria after the Arab Spring. In short, there is no sure way of bringing about a social shakeup without the population’s support.

Saudi Arrests and the hope it generated

Change comes from mindsets and attitudes. So far, most of the population, including Saudi youth, have perceived these efforts positively. MBS has already tackled three taboos: extremism, corruption and women’s rights. Yet, Saudi Arabia needs more than just WOW effects.

For the economy to function, more skills are required. For a population that thought they had a right to a government job without making an effort, living in a market economy may come as a shock. One solution is to create and instil a feeling of citizenship. Saudis must learn that they make the country. And carry the responsibility for the nation’s success and well-being. Our elders and the government were responsible for our happiness; now it’s our turn. This is part of Vision 2030, but that is not enough.

Most important of all is education. Teaching people to think rather than learning by rote. We must learn to analyze and criticize, openly. A year ago that may have seemed like pie in the sky. But the last few months’ developments, particularly the Saudi arrests, give us hope that things may really change, fundamentally so.