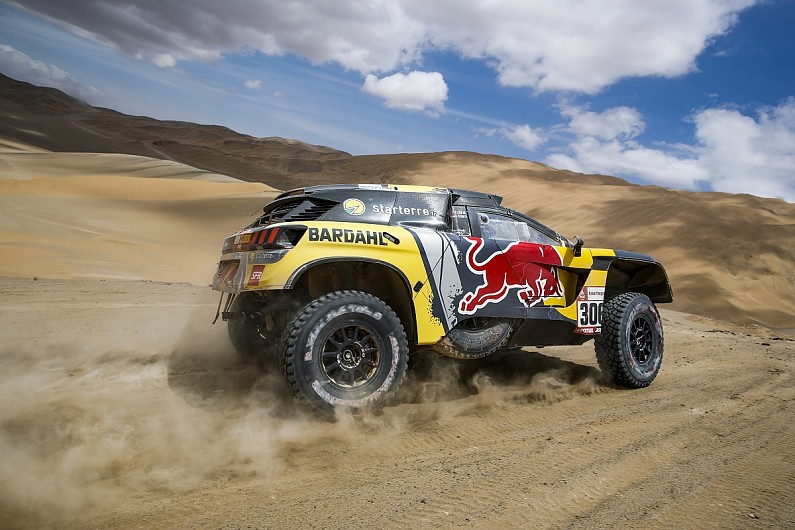 The 42nd Dakar Rally Saudi Arabia route was announced this month. After 30 years of adventures in Africa and 10 years of excitement in South America, the rally will take place for the first time in Asia. Among the drivers, are 13 women on the challenging route to drive. This week, Burj Khalifa in Dubai displayed images of the Dakar Rally, Saudi Arabia. Of the 7,500 km route, 5000 km will be driving against the clock.

Saudi Arabia is a sports-loving nation. Until recently, sports were one of the few distractions from daily gloomy life in Saudi Arabia. Also, until recently, the interest of Saudis – with few exceptions – was mostly limited to football followed by basketball. Saudi Arabia has one of the strongest football and basketball leagues in Asia, many teams have been participating in international competitions as well as the national football team who has participated in four World Cups since the Eighties. In addition, there has been interest and passion for horseback riding and a few other sport arts.

Since the reform process of Crown Prince Muhammed bin Salman began, many sports have been given space to unfold, aiming at creating awareness for sport, mainly through easing rules for women’s participation, locally and internationally and through hosting sports events such as the two female WWE wrestlers (https://edition.cnn.com/2019/10/30/middleeast/wwe-women-match-saudi-arabia-trnd/index.html), ‘’Clashing on Dunes’’ the rematch between heavy weight champion Anthony Joshua and Andy Jr. (https://edition.cnn.com/2019/12/07/sport/anthony-joshua-andy-ruiz-rematch-saudi-arabia-results-spt-intl/index.html), Formula E racing and the Diriyah Tennis Cup (https://www.diriyahtenniscup.com/2019/12/13/tennis-history-made-in-saudi-arabia/).

Fast driving on streets and car races is common among Saudi youngsters as an activity to spend free time, called ‘’Tafhit’’ in Arabic. Lately, Saudis are exploring more adventures in the desert-like mount-biking, hiking and many other sports types. This interest increased especially after the ban on women driving was lifted, spending leisure time in the desert on motorbikes or cycles.

Dakar Rally is on a different scale and new to Saudis. So far the desert experience has been on a small scale. This year’s Dakar Rally is the longest route for 10 years, it is highly professional with 351 vehicles over 12 days.

The route is mainly through desert (https://www.motorsport-magazin.com/dakar/news-260106-rallye-dakar-startliste-fuer-2020-saudi-arabien/-) Two-thirds of Saudi Arabia is desert, which requires high navigation skills from drivers and crews finding their way. The first part of the route starts in Jeddah, at the Red Sea, to the border of Jordan. Then comes the part of Hail and Riyadh followed by the Empty Quarter with the two most important stages Shubatyah and hard ending in Qiyadiah.

The challenge of driving through Saudi Arabia is big. The country stretches over two million square kilometers, with a wide range of landscape and uncluttered landscapes that will put drivers through paces on all fronts of driving, riding, navigation, and endurance, with an opportunity to see the country.

Saudi Arabia has been in the news a lot over decades, with good and bad news, contradictory images and associated with a diversity of comments.

The route will take teams, organizers, etc (I believe many Saudis don’t know much about the beauty of their country) diversity of the country’s landscape. It will offer everyone the chance to feel and see the diversity of landscape that is reflected in the nature of the people of the country. Western media raised the question of whether the Saudi government is hosting these events to polish its image – very possible.

In my opinion, sports have always been an opportunity for people and cultures to get together on a mutual basis, the love for the sport. Dakar Rally may help everyone, including Saudis, understanding the diversity of Saudis through its many nature scenes.

By the way, if you miss out on the display of Burj Khalifa, there will be displays of Dakar Rally, Saudi Arabia also shown in Times Square New York, Leicester Square London and Saudi cities of Jeddah, Dammam and Riyadh. Read more: https://www.arabnews.com/node/1605286/saudi-arabia