Today everything seems possible. There is a plan, which makes sense, long-term and efficient. Before, all the plans were short term reaction to low oil prices like creation of SAGIA or never implemented like the so many 5 years plans by the Minis 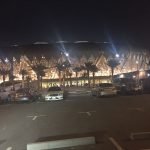 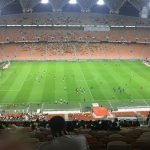 A view from the family section on the pitch.

try of Finance which never got implemented but regarded as the vision of Saudi’s economic reforms.

So now I have like many who believe in progress have to get use to the new real open Saudi Arabia. Never thought it would be so strange but it was a great feeling to Saudi Arabia heading where it can head. https://www.washingtonpost.com/opinions/global-opinions/are-saudi-arabias-reforms-for-real-a-recent-visit-says-yes/2018/03/01/a11a4ca8-1d9d-11e8-9de1-147dd2df3829_story.html